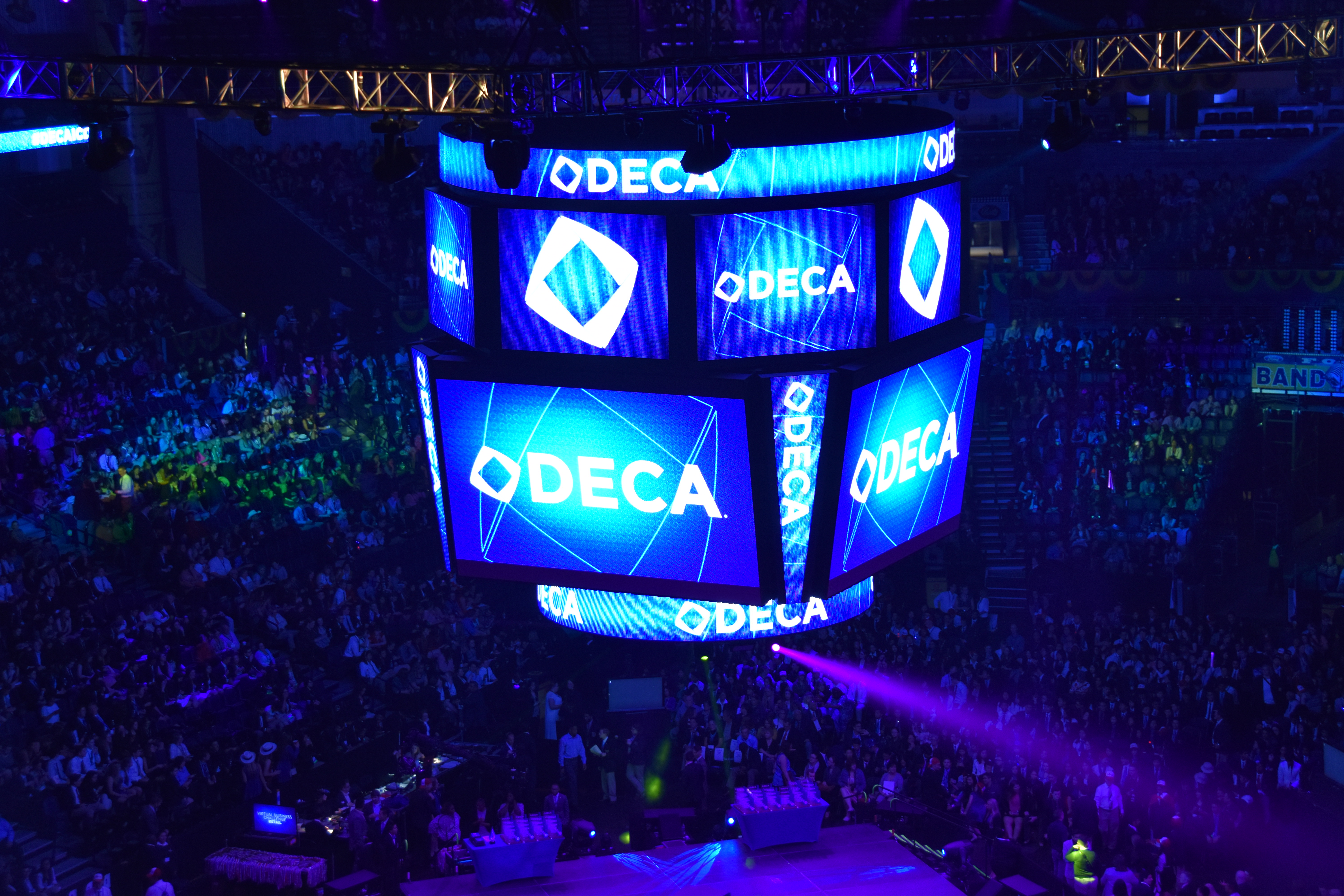 What an epic year it has been for California DECA!
In August, some were excited for back-t0-school, but everyone was excited for the start of a new DECA year. The Presidents Council kicked off in September with an overview of the fall conferences and a preview of what was in store for the year ahead.
In October both SoCal and NorCal held their Leadership Development Conferences. The SoCal conference was held at the University of Irvine where various leadership exercises took place indoors and outdoors on the ropes course. In November the Silicon Valley Leadership and Competitive Excellence Conference, better known as LACE, was held in San Jose. November was also DECA Month. During #DECAMonth, members participated a photo challenge and shared what DECA means to them on social media.

December may have seemed quiet, but members were hard at work preparing for their upcoming District Competitions. In January, members from their representative districts were finally able to show off their DECA knowledge and test their skills. Members also attended various workshops.
February was Career and Technical Education (CTE) Month, and members and State Officers advocated for CTE and CTSOs. March brought the biggest and most exciting California DECA event of the year — The State Career Development Conference! Members from across California gathered for competitions, workshops, state officer campaigns, networking and countless other opportunities. The best competitors at SCDC qualified to attend ICDC as we bid farewell to Team 65 and said hello to Team 66.

In April, the biggest DECA event of the year was held in Nashville, Tennessee — The 2016 International Career Development Conference. Over 17,500 high school students competed for the title of “best in the world” in their respective events. Executive Officer elections took place at #DECAICDC as well as a variety of leadership and career-advancing academies. As an association, California DECA had 79 finalist teams, with 55 of those teams placing in the Top 10 of their respective events. Best of all, California had 25 Top-3 winners. View the full list of ICDC winners here.

The action continued with the start of another #SummerofDECA. In May, the State Officers met in  Sacramento to meet with legislators and advocate for CTE and CTSOs.
California DECA has shown the world that we are competitive, strong and successful.  The State Officers are honored to serve such amazing members and are excited for the year to come. Continue to represent California DECA to the best of your ability and don’t forget to #OwnYourFuture!