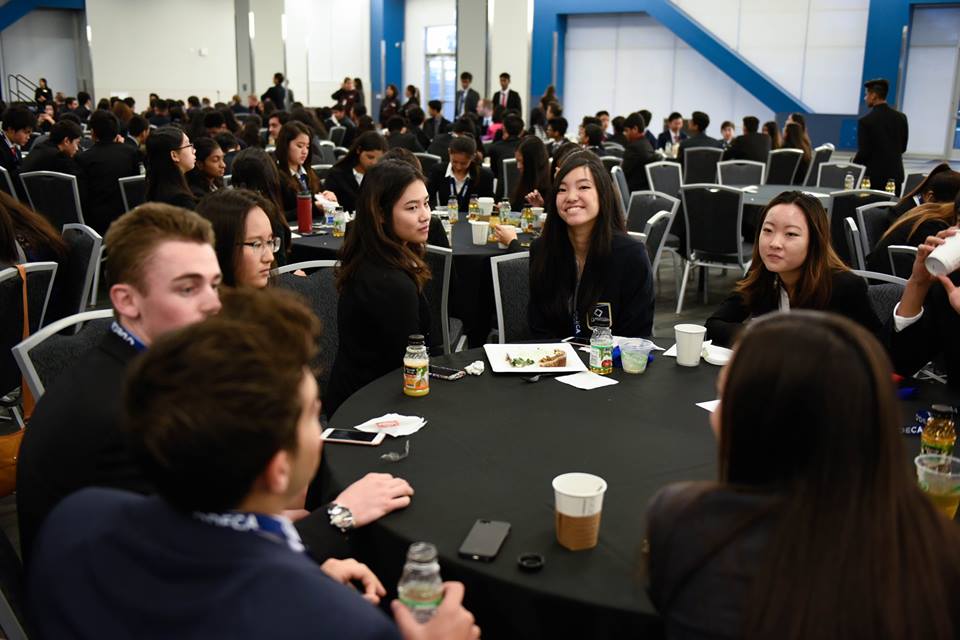 The 2017 Silicon Valley Career Development Conference, held in San Jose, CA January 6-8, gave Silicon Valley DECA members an opportunity to showcase their competitive excellence and DECA pride. Over seven hundred DECA members from eleven different schools attended the event. All conference attendees displayed a fiery passion as they sought to own their future.

The conference began on Friday, January 6th with registration, a President’s Council Meeting, and two testing sessions. All attendees were then welcomed at the Opening Session. The session included a special announcement from the DECA parent’s association, which donated a check to support SV DECA members. There was also a presentation from Kapion Education, which aims to start DECA chapters in Japan, and expand the global impact of DECA. At the conclusion of the opening ceremony, four groups competed to be crowned the victor of the SV DECA’s Got Talent Show. At the end, the twelve-person dance team from Valley Christian High School won the chance to pie four SV District Action Team members.
The following day was dedicated to competitive events. With the help of DECA alumni, the written and role-play events were efficiently executed. Later in the evening, voting delegates and prospective candidates were invited to attend the Election Session to elect the new Vice President of Silicon Valley. At the session, candidate speeches were given, and votes were cast. Following the session, all DECA members were invited to attend the SV DECA Dance to relax and network with other DECA members.

The final day of the Silicon Valley CDC was dedicated to recognizing the achievements of members in their events through the Mini and Grand Awards Session. At the conclusion of the session, the current Silicon Valley District Action Team gave their final farewell, and Cindy Guo from Henry M. Gunn High School was announced as the new Vice President-Elect of Silicon Valley.
Wenhan Fang, the Vice President of Silicon Valley, summarized the conference by saying: “I am incredibly proud of all the accomplishments that Silicon Valley DECA members have been able to achieve at this conference. Their passion and talent was evident throughout the conference, and it was my honor to serve as their representative on the state level. I wish them the best of luck at the State Career Development Conference and I am confident that they will continue to excel in DECA and beyond.”