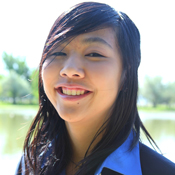 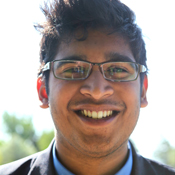 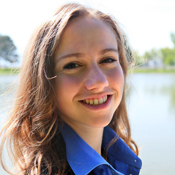 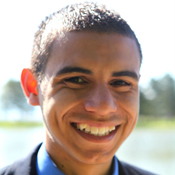 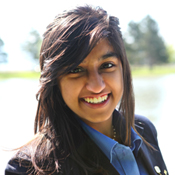 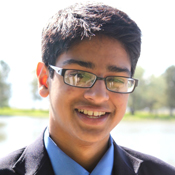 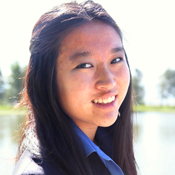 As a senior in high school, Belinda has thoroughly enjoyed her past three amazing years of DECA and is looking forward to her fourth one!  Belinda has loved all the traveling she has done with DECA, especially the trip to Florida for the 2011 ICDC where she and her partner, Aditi, earned 2nd place in their chapter project event.  As the President of Silicon Valley DECA last year, Belinda has had lots of experience in developing chapters and coordinating events. She is looking forward to continuing her passion for increasing DECA membership and competitive success to the state level!

Aside from DECA, Belinda is the co-captain of the San Francisco Theatre on Ice Team, which has taught her the dedication it takes to unify a team. She also loves the work she does to provide education to underprivileged children around the globe through her own nonprofit organization, HEARTS.

Although she takes her work very seriously, Belinda is certainly not all work and no play. She has a flair for fashion (at least she likes to think so) and loves wearing unique, quirky outfits—once she even showed up to school dressed as a flower! Belinda also thoroughly enjoys reading (the Hunger Games and Covenant series are her favorites) and—unfortunately, for her family—singing in the shower.

Belinda is so thankful for the support of her chapter, local chapter advisor, Carl Schmidt, and CA DECA members everywhere. She looks forward to a fun-filled DECA year that will help CA DECA  kick it up a notch and really make a splash!

Tejas Konduru is currently a senior at Lynbrook High School and a member of the class of 2013. He joined DECA his sophomore year and has been active ever since. Tejas has served as the Vice President of his DECA chapter and the Executive Vice President of Silicon Valley DECA prior to being elected a state officer. Using strong member recruitment plans, he was able to increase his chapter’s membership by over three hundred percent. Tejas is delighted and proud to serve as your 2012 – 2013 California DECA State Vice President of Chapter Development.

In his spare time, you can find Tejas drawing floor plans, listening to country music, or watching documentaries. He also finds enjoyment in practicing mixed martial arts and in eating diverse ethnic cuisines.  Above all, he enjoys spending time with family and friends.

With the utmost passion, diligence, and enthusiasm, Tejas is more than thrilled to serve as your Vice President of Chapter Development for 2012-2013.

It was junior year of high school when Victor Hernandez-Vega first joined the Castro Valley DECA Chapter. What he did not know is that he had embarked on a journey.  A journey that would change his life. At his first Career Development Conference, in the region of Northern California, he was inspired by all the opportunities and experiences that DECA had to offer and instantly became passionate. It was his passion to become more involved and do his best to improve California DECA that led him to run for state office. As a state officer, he looks forward to expanding DECA by adding more chapters, connecting the existing DECA chapters by effective communication, and making connections for DECA by coming into contact with more businesses.

Aside from DECA Victor enjoys many extra-curricular activities. His junior year he had the privilege of serving as the ASB School Board Representative for the entire Castro Valley Unified School District in which he represented over 7,000 students. He also served as President for Teens Reaching Out, a community service oriented club on his campus with over 200 members. Other hobbies that Victor has include rollerblading, listening to music, hanging out with friends, eating, and sleeping.

Victor believes that an effective leader should be a community participant, a critical thinker, a life-long learner, a responsible individual and an effective communicator. These are qualities that Victor aims to posses and the ones that he looks forward to serving California DECA with alongside all the other great state officers.

As a first year DECA member, Zahra was thrilled to meet many individuals and explore the exciting opportunities that DECA has to offer. In her position as the Vice President of Fundraising and Civic Service Zahra worked her way to the top. She has contributed to her chapter by working on business plans, excelling in event planning , and helping her chapter grow and  aspire to greater heights . She has brought her DECA chapter to the attention of the greater Santa Monica community by coordinating many events involving members in community activities. In this way she has expanded Santa Monica DECA’s network to key community officials including the mayor of the city.  Zahra’s excellent leadership skills and strong collaboration with chapter officers resulted in new recruits for the chapter, reaching the summit level for membership in the year 2011-12.

Zahra is very involved in her community, with her cultural center and the Santa Monica Red Cross. Her hobby is photography yet DECA is her priority. Her leadership skills and motivation have led her to support her chapter members by enriching their learning experience and encouraging them to reach their full potential.

Zahra plans to work closely with Northern California, Silicon Valley presidents and all chapters to achieve California DECA’s goals and beyond.

Roshan Rama is excited to bring his passion to California DECA as the 2012-2013 Vice President of Public Relations.

Roshan’s DECA journey started his sophomore year of high school, when he joined the Dougherty Valley High School chapter. As a member of a first year chapter, Roshan discovered what it takes to build a successful DECA chapter from the ground up. Following a successful beginning Roshan expanded his responsibility as an officer, working enthusiastically with members and the officer team to establish the Dougherty chapter.

Now, as he enters his third year in DECA, Roshan feels that his experience in building his local chapter gives him the required skill set to succeed as a State Officer. Roshan has realized DECA is more than a competition it’s about the connections made and friendships gained.

In addition to DECA, Roshan finds passion and a paycheck refereeing soccer for his community and working at a local bagel store. Time permitting, he also enjoys photography and video editing. Roshan never likes to go hungry and enjoys traveling to new places experiencing food and people in their environments.

Roshan appreciates his friends and family for their continued support and motivation that inspires his actions as a proud DECA member embarking on an exciting new adventure.

As Roshan has the opportunity to build new relationships over the next year he hopes to meet, listen, and learn from the many experiences of California DECA’s great members!

Michaela Kastelman is currently a junior at the Harker School and has been a DECA member since her freshman year. After attending her first Career Development Conference, she discovered her passion for the organization, and she has been an active member since. Michaela has loved meeting and networking with her fellow DECA members, and she has attended numerous regional, state, and international conferences. During her DECA Career, Michaela has received three 1st place wins and placed in the top 10 of her competitive category at ICDC. In addition, Michaela has greatly enjoyed serving as an officer of her chapter and Silicon Valley, which has helped her develop her leadership skills.

Since her first DECA conference, Michaela has dreamt of becoming a state officer, and she is very excited to serve as California DECA’s 2012-2013 Vice President of Silicon Valley! She hopes to help Silicon Valley grow in its first year as a California district and promises to work diligently to make the upcoming DECA year the best one yet.

Dyan Khor is a senior of the class of 2013 at Rancho Bernardo High School, located in sunny San Diego.  A three year member and former chapter vice president, she is thrilled to have the privilege of working with California DECA this year as Vice President of Civic Consciousness. From retail merchandising, fashion promotion, and community service, to the plethora of opportunities DECA provides, Dyan has been inspired to test the waters of the business world.

But for her, DECA has not only been an enriching, competitive, learning experience, but also an enlightening exploration of service. In the coming year, she is excited to connect with chapters, officers, and members to expand the community of California DECA through a united goal: supporting and serving the Make a Wish Foundation.

Dyan is also active in her school and community outside of DECA through various service organizations, orchestra, Science Olympics, Student Chamber of Commerce, and more. In her free time, she also likes to use her musical talents, dance, write, spend quality time with friends, and feed her love for all things beautiful, especially fashion, art, and food. She is also severely addicted to technology, permanently holding her smart phone in her left hand, scrolling through her newsfeed, or replying to a text message.

With great vigor and high hopes, Dyan enters the new DECA year looking forward to meeting and working with each of you to make this DECA year your best one yet.