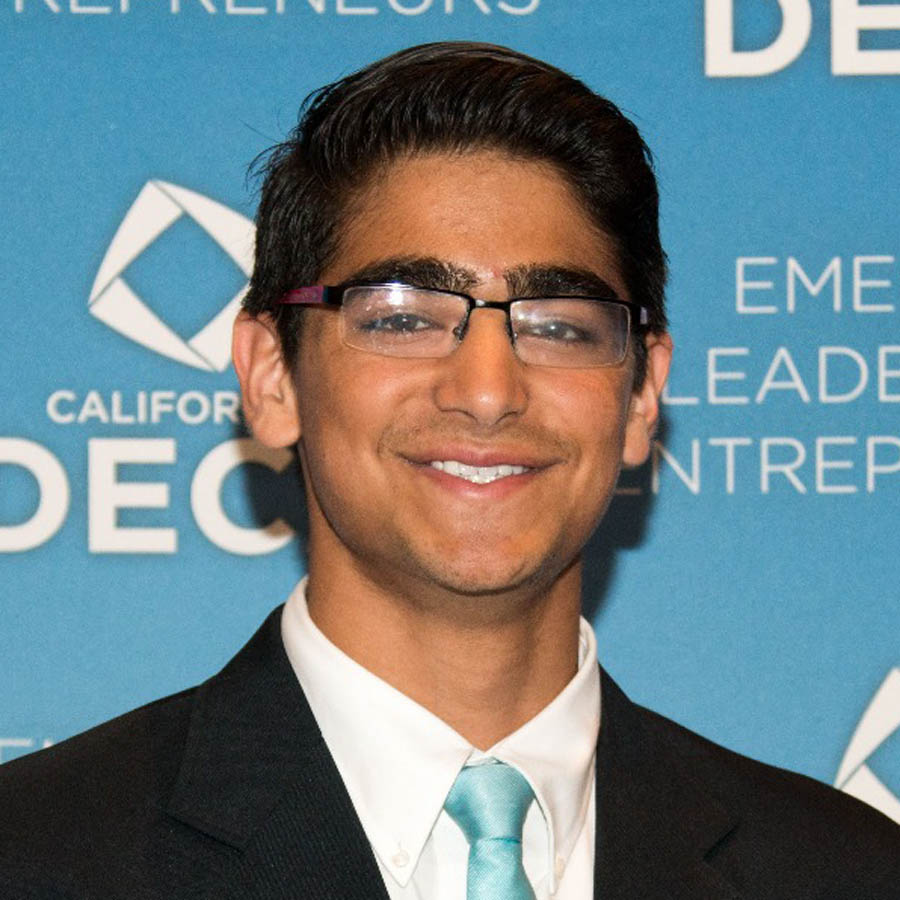 Moksh Jawa is a junior at Washington High School and is honored to serve as your California DECA State President. Moksh’s DECA journey started his freshman year, and he considers his decision to join to be one of the best he has made in his life. As an active member for three years, Moksh has developed an unrelenting passion for DECA and recognizes the connections and opportunities that it has given him. Moksh’s competitive DECA experience includes placing first at the Northern District CDC in 2015, qualifying for the International Career Development Conference in 2015, and placing second at SCDC to continue onto ICDC in 2016.

Moksh is extremely grateful for all of the support he has received from his friends, family, chapter and his DECA advisor, Mr. Vincent Wu. He looks forward to working with Team 66 and a great year for California DECA! 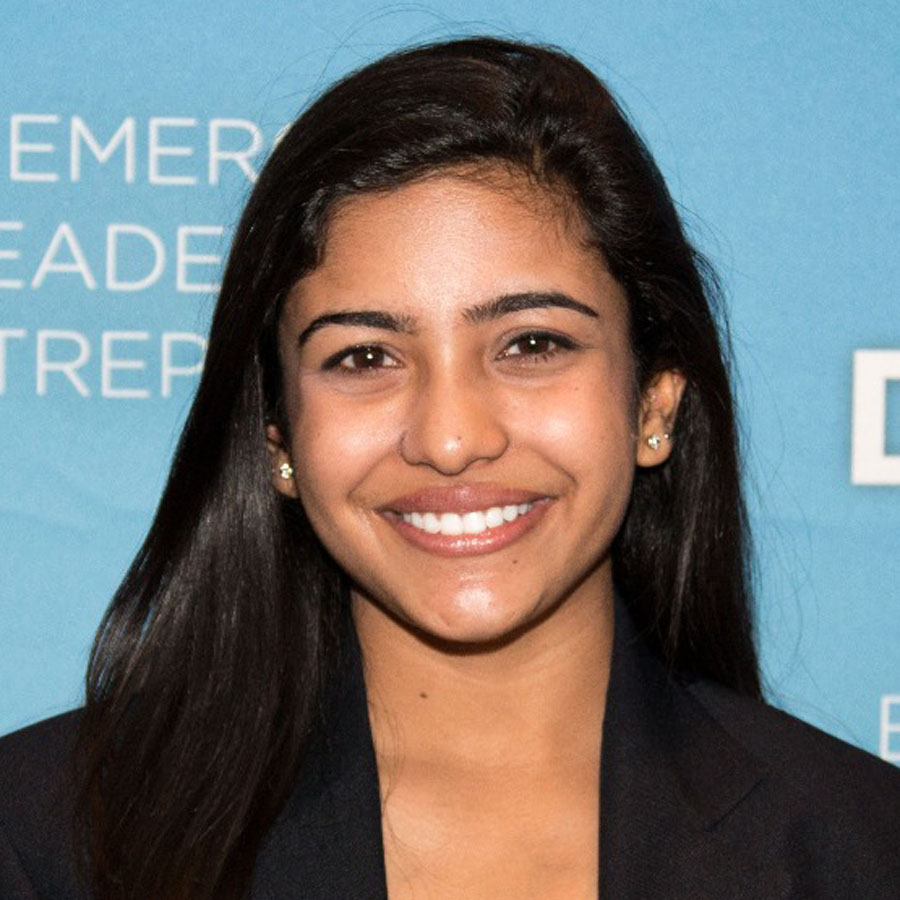 Lenexa Gonsalves is a student at American High School and is honored to be serving as California DECA’s Vice President of Communications. Joining DECA her sophomore year, she had no idea just how life-changing that decision would be. Through DECA, she has gained confidence in her in leadership abilities, public speaking skills and entrepreneurial aptitude. She was able to place first overall in her event at the Northern California CDC as well as at the State CDC. In addition, she served as the Director of Competitions in her chapter.

Apart from DECA, Lenexa participates in a number of clubs and organizations including Technology Student Association (TSA), Engineering Club and Interact. She recently earned a black belt in mixed martial arts and has played the piano for over 9 years. Lenexa has a passion for graphic design and computer sciences. She is currently a third year student in the Project Lead the Way: Engineering Course at her school and hopes to pursue a joint Computer Science/Business Administration degree in college.

Lenexa would like to express her sincerest gratitude to her family, friends and chapter for the invaluable support they have offered her. She is looking forward to working with Team 66 to help California DECA reach new heights! 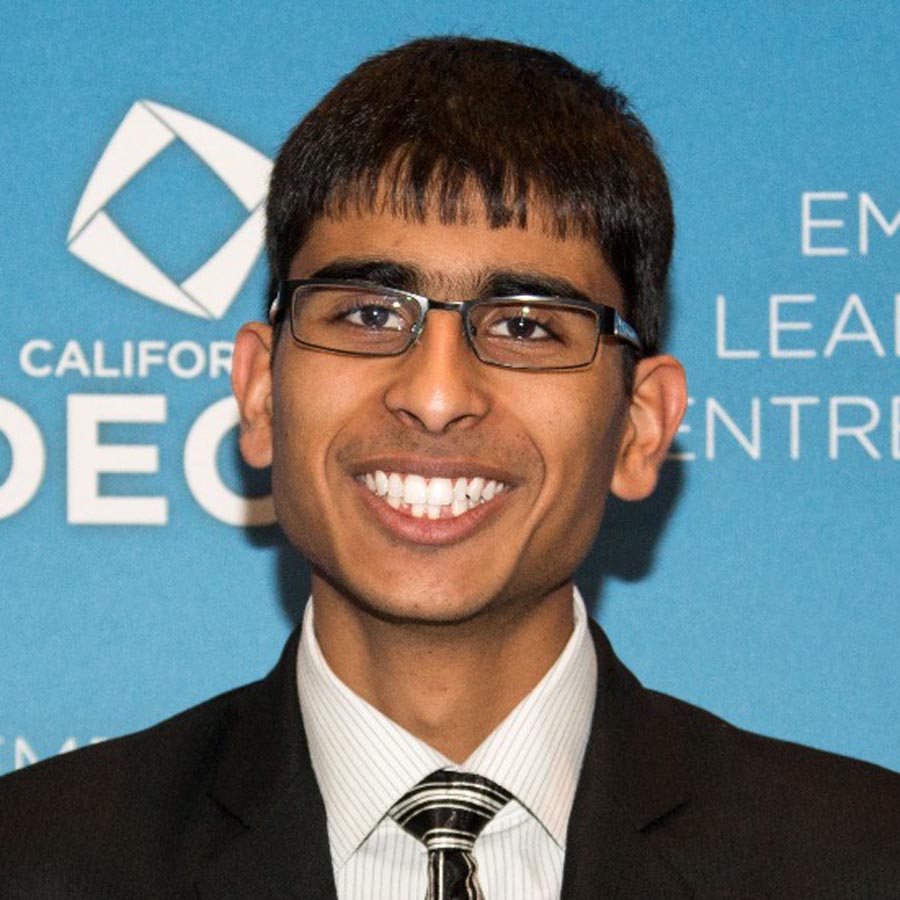 Yash Desai is a four-year DECA member from American High School, and is excited to serve as your Vice President of Northern California. In years prior, he has served as a competitor for his school and as the chapter’s marketing instructor. Yash hopes to apply the skills he has gained as a leader to making California the best it can possibly be.

Yash joined DECA as a freshman, gaining interest in the club due to his love of business and marketing. He has placed at every conference he has attended to date, including winning first place in his event at the district level.

Apart from DECA, playing guitar is one of Yash’s biggest passions. He is the lead guitarist and front man of his rock band, which he created with a few friends. In addition, he was on the track team for his school. Along with his interest in business, Yash also loves computer science and enjoys developing websites and mobile apps in his spare time.

Yash would like to extend his most sincere thanks to his family, friends, chapter and advisor, who have supported him all the way through. He looks forward to working with Team 66 to help bring California DECA to the zenith of its abilities. 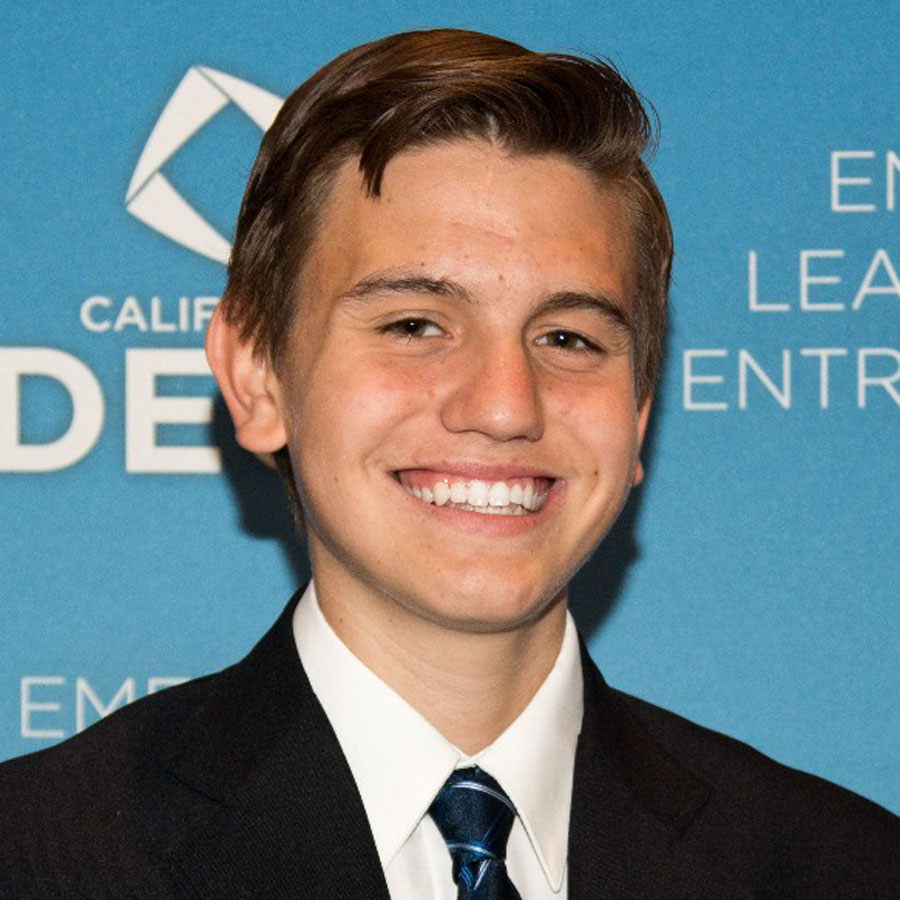 Christopher Carlsen, a sophomore at Valencia High School, is honored to serve as your 2016-2017 Vice President of Southern California. Serving as his Chapter’s President, he is excited about the impact he can make to the Southern California District.

Joining DECA his freshman year, he wasn’t initially sure if business was right for him. After attending his first conference in 2014, he fell in love with the organization and has since played an active role in his chapter. He considers joining DECA one of the best decisions he has ever made. Christopher has helped strengthen his chapter by giving members an online resource for study materials and helped grow the chapter by over 100%. Chris has placed third overall in Marketing Management at the Southern California Career Development Conference and top eight overall at the 2015 California State Career Development Conference.

Aside from DECA, Chris is a part of his school’s Cross Country and Track Team. He is also a member of the National Honor Society and California Scholarship Federation. He has a passion for productivity and efficiency – always trying to make things faster and more seamless. He is also a big fan of technology and apps that help make his life easier.

Chris is incredibly thankful for everyone that has supported him on his journey, including his family, chapter members and his advisor and mentor, Dennis Mifflin. Chris is extremely excited about the possibilities in the coming school year and to help Southern California DECA members own their future. 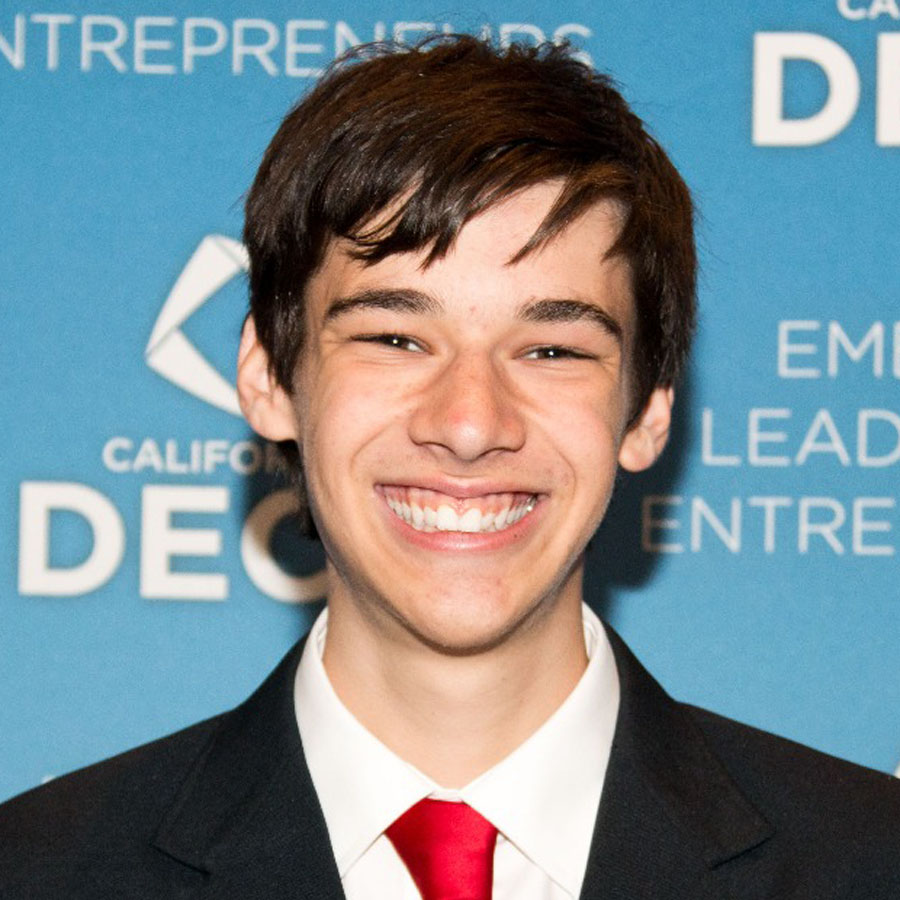 Joel is a student at Valencia High School and is very excited to serve as your California DECA Vice President of Public Relations. Joel is a junior and has been a part of DECA since his freshman year. When he first joined DECA, he was unsure if he would even stay in the program. However, after taking third in Retail Merchandising at the Southern California District Competition, he could perfectly envision himself in DECA for his entire high school career.

After his freshman year, Joel decided to run for chapter office, and received the position of Vice President of Alumni and Business Relations. During his two years in chapter office, he worked to feature Valencia DECA in local news countless times, including two radio interviews. Joel’s premier accomplishment as a chapter officer was when he secured a $1,000 donation from WesLar, a local construction company. This donation helped members of Valencia DECA attend the State CDC, helping Joel to see the value of his work as an officer.

DECA has inspired and driven Joel like no other organization ever has. He is very excited to work with Team 66 in making this DECA year the most epic one yet! 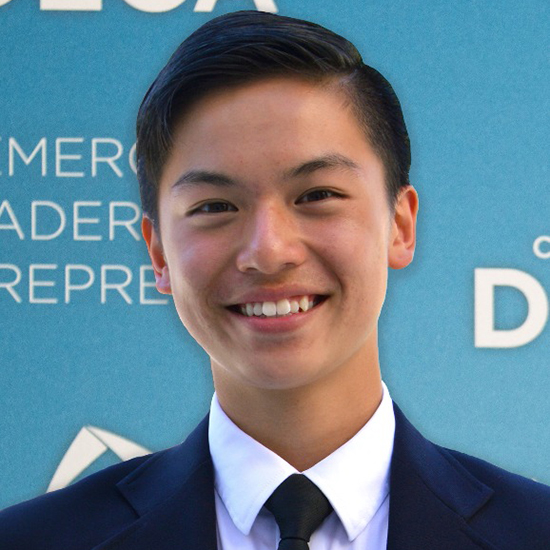 Wenhan Fang is a student at Mission San Jose High School and is honored to serve as your Vice President of Silicon Valley. After joining DECA freshman year, Wenhan served as a district representative for the Silicon Valley District Action Team, as well as Vice President of Finance for his local chapter. DECA has helped elicit unparalleled growth – both competitively (International Qualifier in 2015 and 2016 and two-time first place winner at SCDC), and professionally (oversaw the execution of two Leadership and Competitive Excellence Conferences). Wenhan is extremely grateful for the opportunities that DECA provides, and hopes to leverage his experiences to give back to the DECA community.

Apart from DECA, Wenhan is involved in student council, serving as the Treasurer for the MSJ Class of 2018. He is also interested in political sciences, and having served on the campaign teams of local congressional and mayoral candidates, hopes to further explore the intersection between business and politics. Since a young age, Wenhan has been interested in finance and hopes to pursue a career in economics or finance. In his spare time, he enjoys trading stocks, and volunteering at a local wildlife refuge.

Wenhan would like to thank everyone who has supported him and contributed to his DECA journey. He is incredibly grateful for the support given to him by his chapter and his region, and is particularly grateful to Samir Panjwani for being a longtime mentor. He looks forward to working with Team 66 to help California DECA members own their future.