David is a senior from Foothill High School and is beyond grateful to have been selected to serve as your 2017-2018 California State President.

Like many others, David joined DECA as a shy freshman who didn’t know the first thing about business. However, thanks to the selfless mentorship of a few upperclassmen, DECA quickly became an integral part of David’s life. Through his three years in DECA, David has experienced his fair share of successes and challenges. He is a former ICDC competitor, where he finished first place two consecutive times in BLDTM.

Outside of competition, David serves on Foothill DECA’s officer team as the Vice President of Chapter Management. His favorite memories include organizing annual talent shows to raise funds for MDA, planning and speaking at local mini conferences, and watching his fellow members make it on stage at competition.

Aside from DECA, David is an avid reader, constantly finding himself lost in books on dystopian futures and historical accounts. He also enjoys playing the violin as both a soloist and a member of the El Camino Youth Symphony. In the future, he plans to attend a four-year college in a business-related major, meet President Obama, compose his own symphony, and write a children’s book. 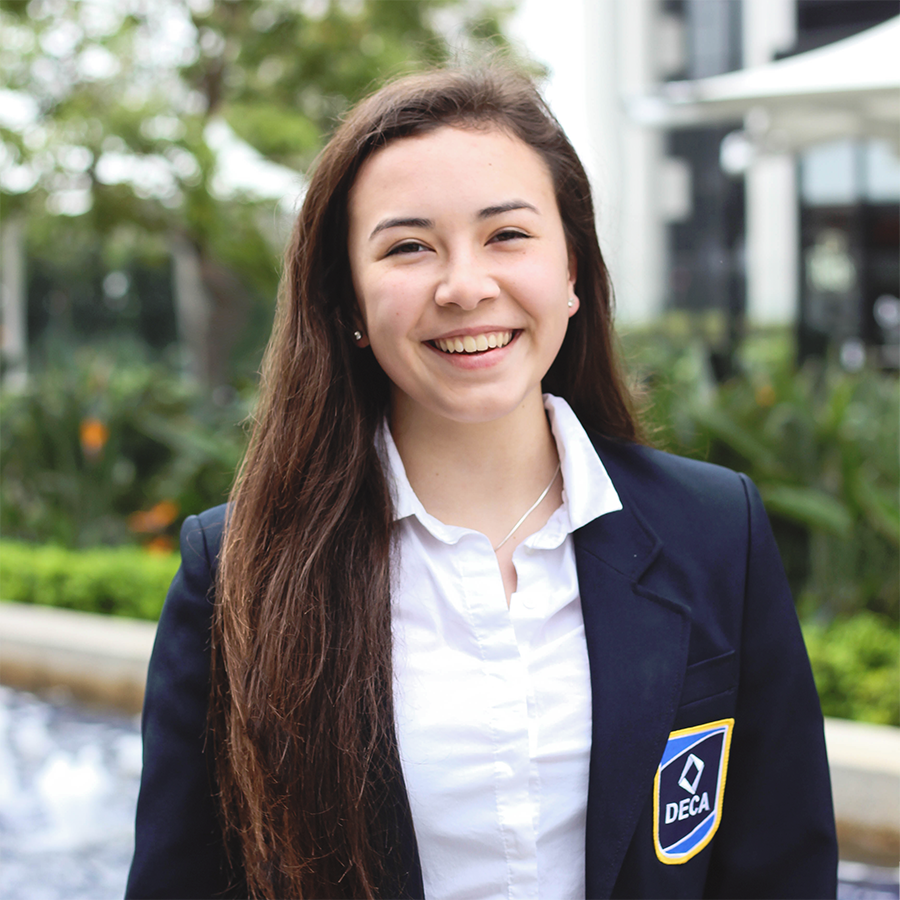 Jasmine Tong-Seely is a junior at Irvington High School, and is extremely excited to be serving as your California DECA Vice President of Communications. Becoming involved with DECA at the start of her freshman year of high school, she inadvertently put herself into the best position to do what she loves to do – pursue her passion for people. The simple decision paved the way for two continuous years of new connections, struggles, triumphs, growth, and experiences that shaped the individual she is today.

Competing over the past two years, Jasmine has placed 1st and 2nd in her roleplay events at the Northern California CDC, as well as placed 1st in her written event at the 2017 State CDC to qualify for the International Career Development Conference in Anaheim.

Apart from DECA, Jasmine has been involved with student leadership and ASB for nearly 8 years, having worked as a class officer for the past two years as well as leading her ASB class as Irvington’s 2017-2018 ASB Vice President. In addition, she serves as a Northern Regional Director on the CASL State Board. Her hobbies and passions include photography, graphic design, and playing the piano.

Jasmine is beyond grateful for the people who have helped guide and support her throughout her DECA journey, including friends, family, chapter, and advisor. She looks forward to working with Team 67 and plans to dedicate herself wholly to giving back to the organization and members that have given her so much thus far. 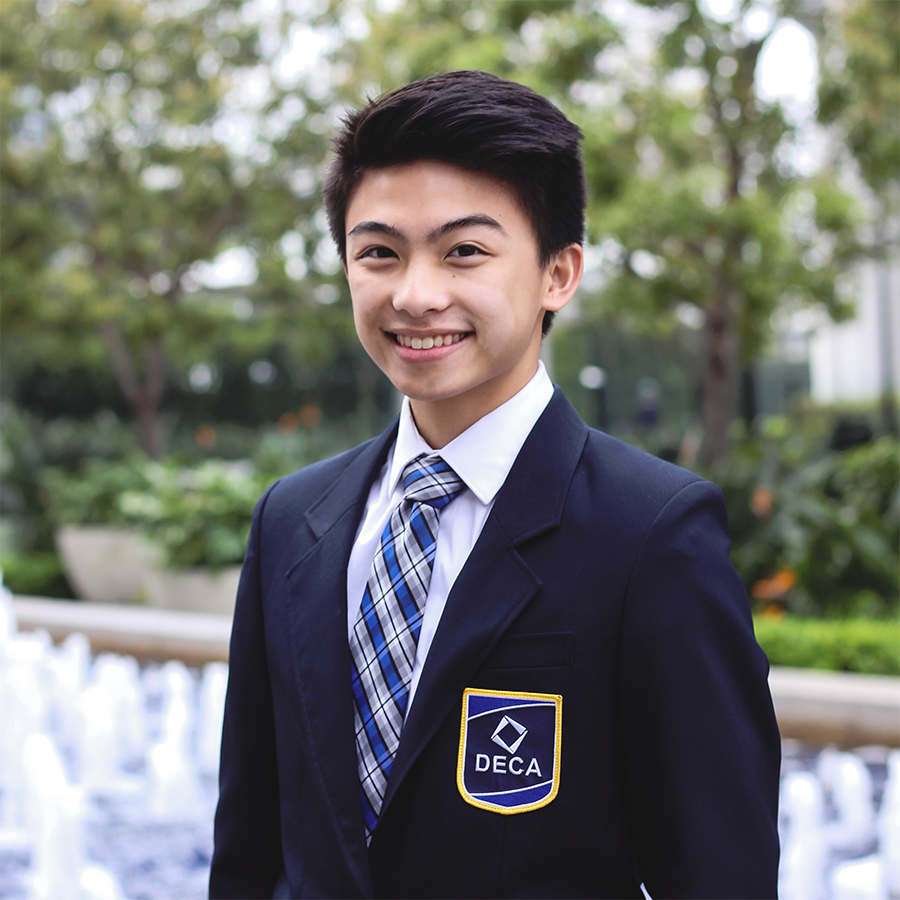 Christopher Kusumonegoro is a senior at Castro Valley High School and is honored to serve as the Vice President of Northern California. When he first joined DECA his junior year, Christopher found himself submerged in a world he immediately fell in love with and quickly became driven to succeed in all things DECA. Christopher’s drive allowed him to serve as the Vice President of Public Relations and Communications of his local chapter in the past year, as well as the honor of placing second in his event at the district level.

Apart from DECA, Christopher is an active leader and volunteer in various clubs as well as in his community. He has served as officers in both his school’s Leadership class and Red Cross club. Additionally, he serves as a Team Leader in Castro Valley’s annual Vacation Bible School and Thanksgiving canned food drive.

Christopher thrives on his creativity and often spends his time doing photography and playing piano in the company of his friends and family. He also enjoys food adventures (especially boba and brunch), sightseeing, and knows that there’s no better time than quality time with his loved ones.

Christopher knows DECA is an unforgettable experience where he will grow as a leader and as an individual. He is thankful towards everyone who supports him and excited to serve California DECA to the best of his abilities as a part of Team 67. 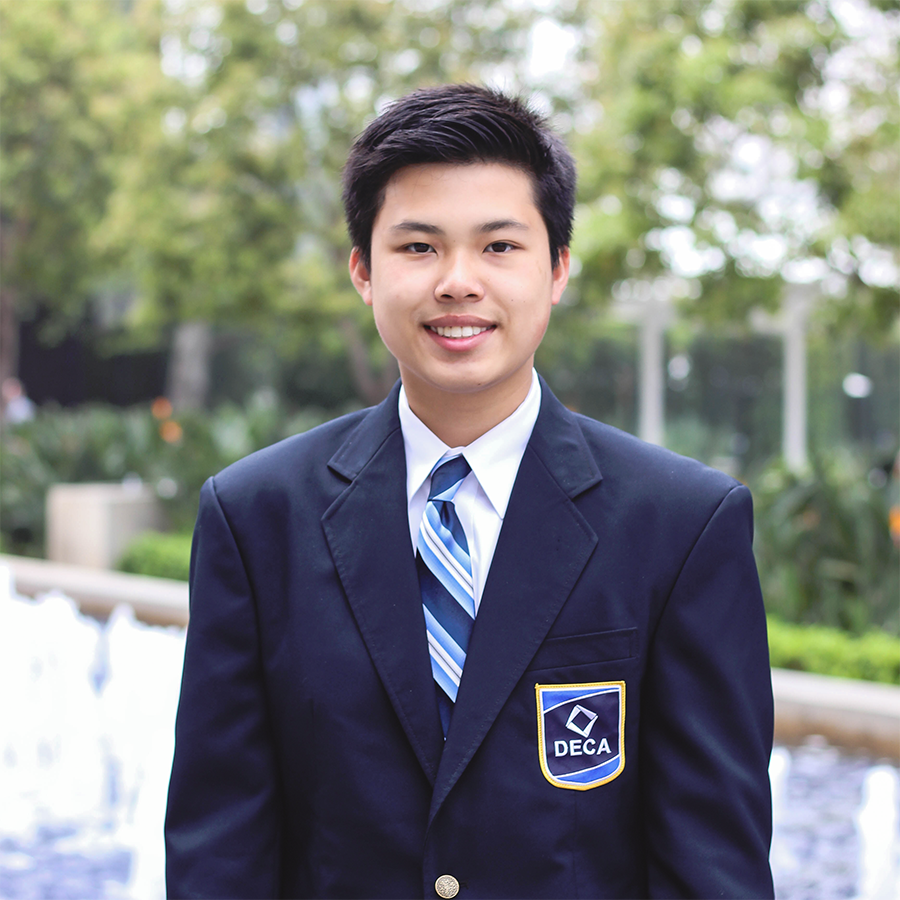 Dragon Chan, a senior at Rancho Bernardo High School, is excited to be your 2017-2018 Vice President of Southern California. A 3 year member, Dragon joined DECA his sophomore year and quickly excelled under the quick paced, high intensity environment that DECA provides.

From making a splash at SCDC with his CSP project his first year to leading his chapter as the Co-President his second year, Dragon has been an active leader and member of his local chapter and community. Since joining his local chapter, he’s worked to revive chapter membership and activities, improve access to training, and worked to connect his chapter to new funding avenues.

Outside of DECA, Dragon spends his time exploring the Californian urban life and providing assistance to local nonprofit organizations. He is very passionate and dedicated in the nonprofit community and has served in positions such as the Vietnamese American Youth Alliance’s Tet Vendors Chair, where he helped raise over $30,000 in funding for the organization’s public events.

In the future, Dragon intends to attend a four-year university, focusing on business and finance related majors. He hopes to one day lead his own global nonprofit foundation, but today, he is working hard to make the DECA experience a memorable one, enabling members to connect, to lead, and to explore their own futures. 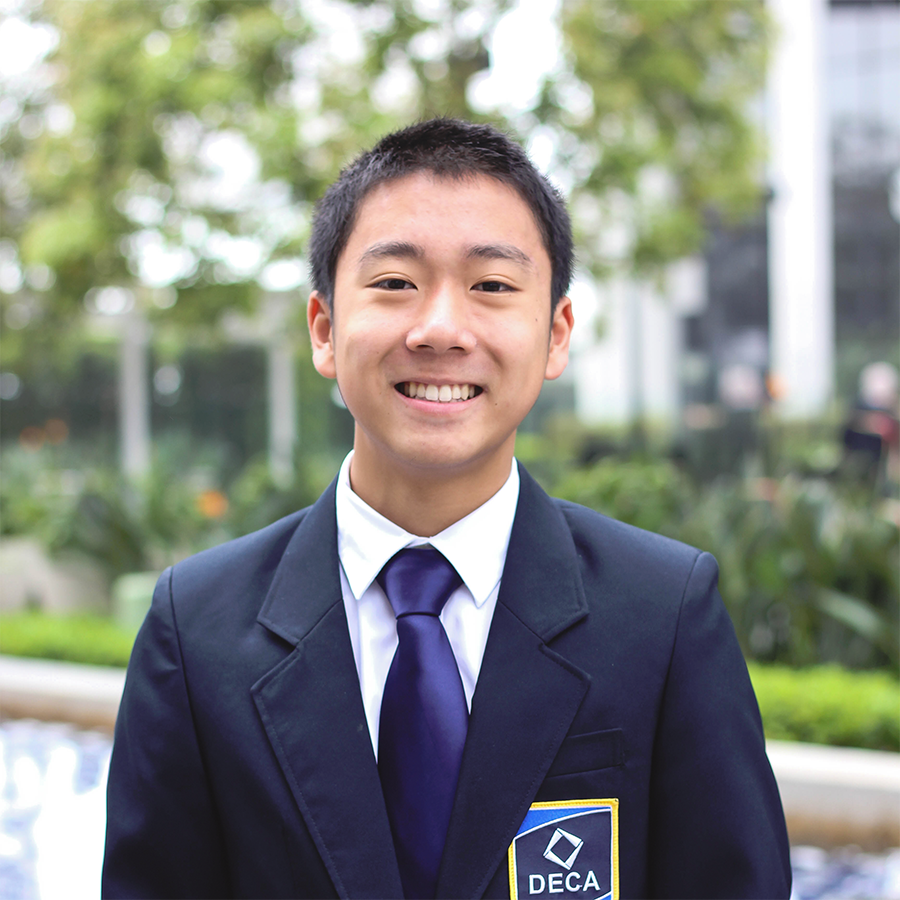 Ashton Lam is a senior at Amador Valley High School and is eager to serve California DECA as Vice President of Public Relations.

Joining DECA his freshman year, he was initially unsure if it was right for him. Even after a challenging first presentation, he worked diligently and eventually received the opportunity to attend international conference in 2015. The electricity of thousands of members and the immensity of the conference solidified his commitment to DECA, and Ashton went on to relentlessly serve his chapter.

In the following year, Ashton landed on the first-place podium at SCDC and worked to help raise over $19,000 for this chapter, publicize events and achievements, and advocate for DECA to prominent local companies.

Outside of DECA, Ashton seeks to develop his entrepreneurial vision by being involved with the management of a custom apparel company and boba tea franchise. He participates in his school’s award-winning marching and wind ensembles as a French hornist and enjoys working with community charities and editorial boards. He hopes to apply his fervor for business to explore the relationship between industry and society, and he plans to pursue a career in economics or finance in the future.

Ashton is incredibly appreciative of the support from his family, friends, and chapter throughout his DECA journey. DECA has provided him with countless real-world applications and lifelong memories, and he hopes to leverage his passion and experience to execute his ideas and drive California to greater heights in the coming year. 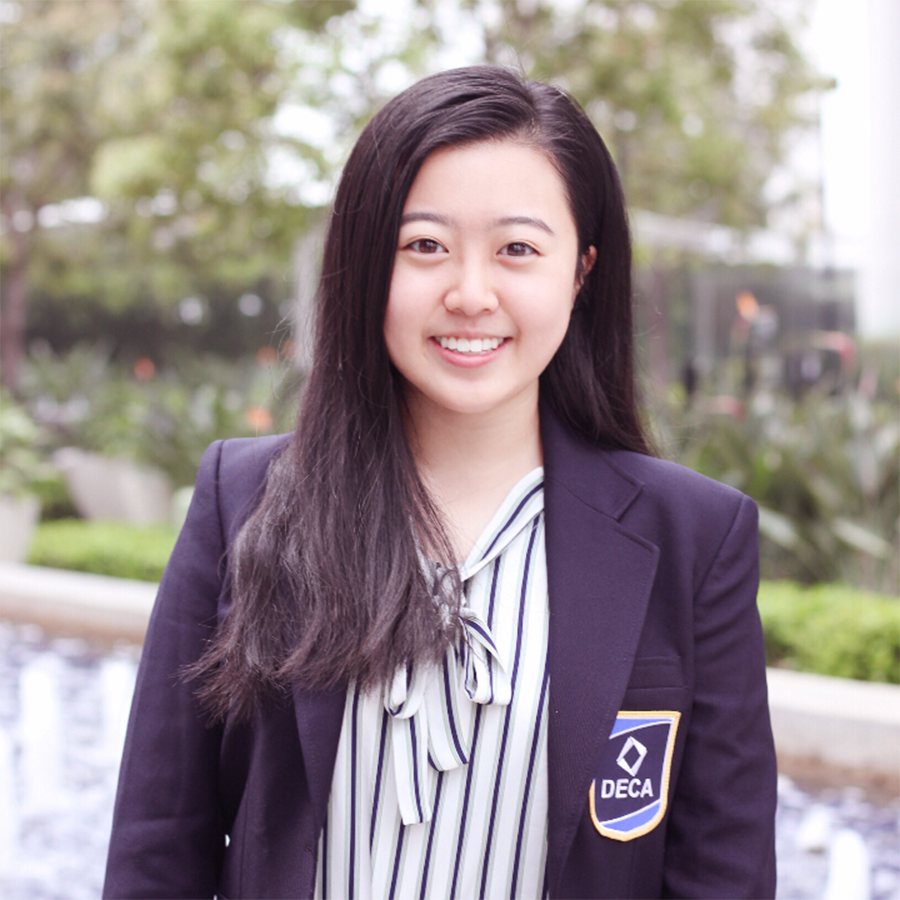 Cindy is a junior at Gunn High School and is ecstatic and honored to serve as California DECA’s Vice President of Silicon Valley. Cindy has been an active member of DECA since her freshman year, but her testing anxiety caused her to constantly question her decision to join this amazing organization. Thankfully, she met mentors and students from all around Silicon Valley who provided her with support, kindness, and love. After her freshmen year, Cindy decided to run for the position of VP of Chapter Development in the Silicon Valley District Action Team. She worked with the California DECA Parents Association to raise over $8000 and was always there to connect and help the Silicon Valley chapters.

Cindy is an inventor, with two U.S. patents, the president of a non-profit called HEARTS, a column editor for Rising Star Magazine, and a voice coach at FCSN. In her free time, Cindy loves babysitting, teaching Bible stories to children, singing, playing the piano, and watching Chinese and Korean dramas.

This year, she is determined to work on chapter retention and recruit alumni for practice competitive workshops around Silicon Valley. She wants to attend a four-year college and double major in journalism and computer science before attending graduate school for business. She aspires to be the voice of a Disney princess one day, an interpreter, and a talk show host for her favorite channel in China.

Cindy has met some of her favorite people through DECA and is thankful for her chapter, advisor, parents, and every Silicon Valley chapter. DECA has changed Cindy’s life, and she’s extremely excited to serve and give back to this organization she calls home.