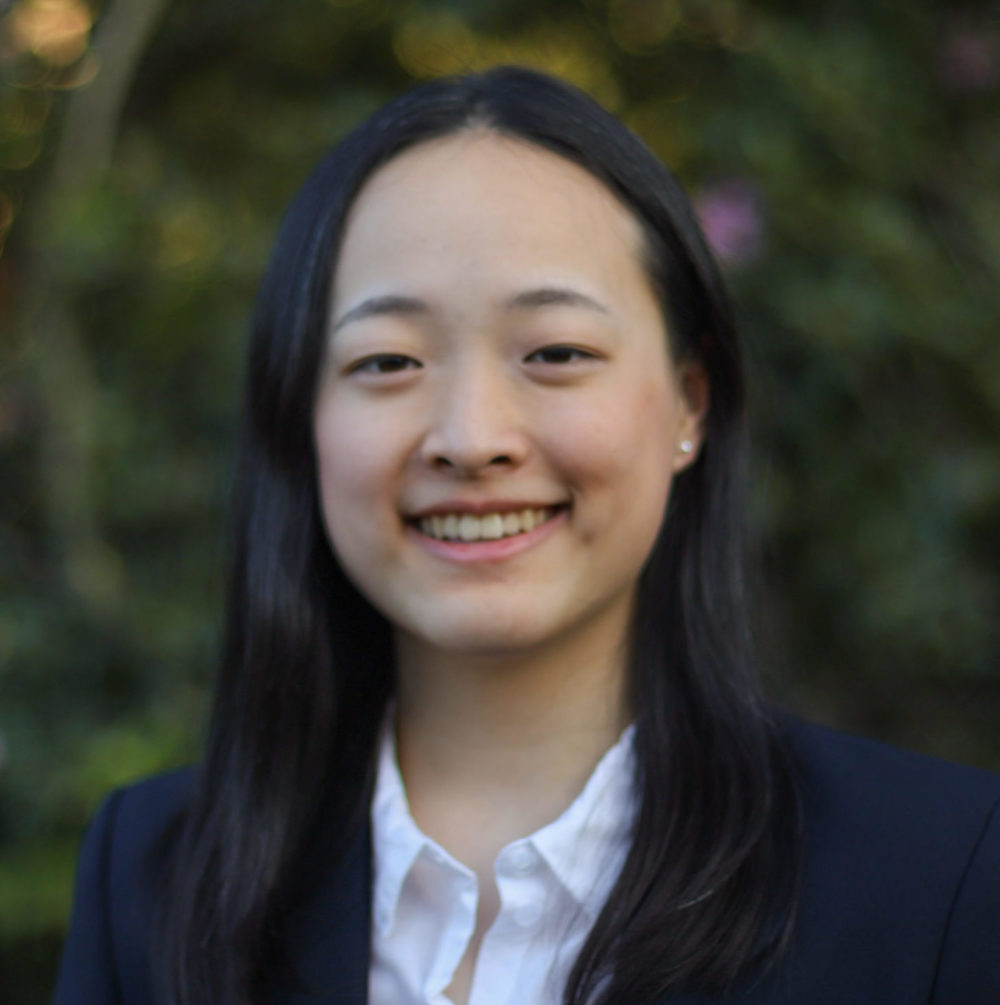 Amory is a senior at Lynbrook High School and is honored to serve as your California DECA State President this year.

Joining DECA on a whim her freshman year, Amory found herself swept up in a unique culture of competition and community. After her first SVCDC, DECA quickly became an integral part of her high school life, fostering her personal development and giving her limitless learning opportunities. Through DECA, Amory has grown her professional network and improved her public speaking skills. She is grateful for the friends she has met and memories she has created through DECA.

In her sophomore year of DECA, Amory became the Director of Principles Events for her chapter, allowing her to mentor new members and witness the potential of DECA leadership opportunities. Her time in chapter office inspired her to run for and serve as California DECA’s Vice President of Leadership her junior year.

Outside of DECA, Amory is active in Lynbrook STEM and service clubs, enjoys photography, and plays the piano. In addition, she loves trying new foods, bullet journaling, and baking in her free time. She has a variety of interests and is grateful that her DECA skills have helped with all of her passions.

Amory has many people to thank, including her chapter, advisors, and fellow officers, for her growth in DECA. She is extremely grateful for the opportunities that DECA has given her in the past, and is excited to share these opportunities with members of California DECA. She looks forward to an amazing year filled with leadership and service alongside the state officer team. 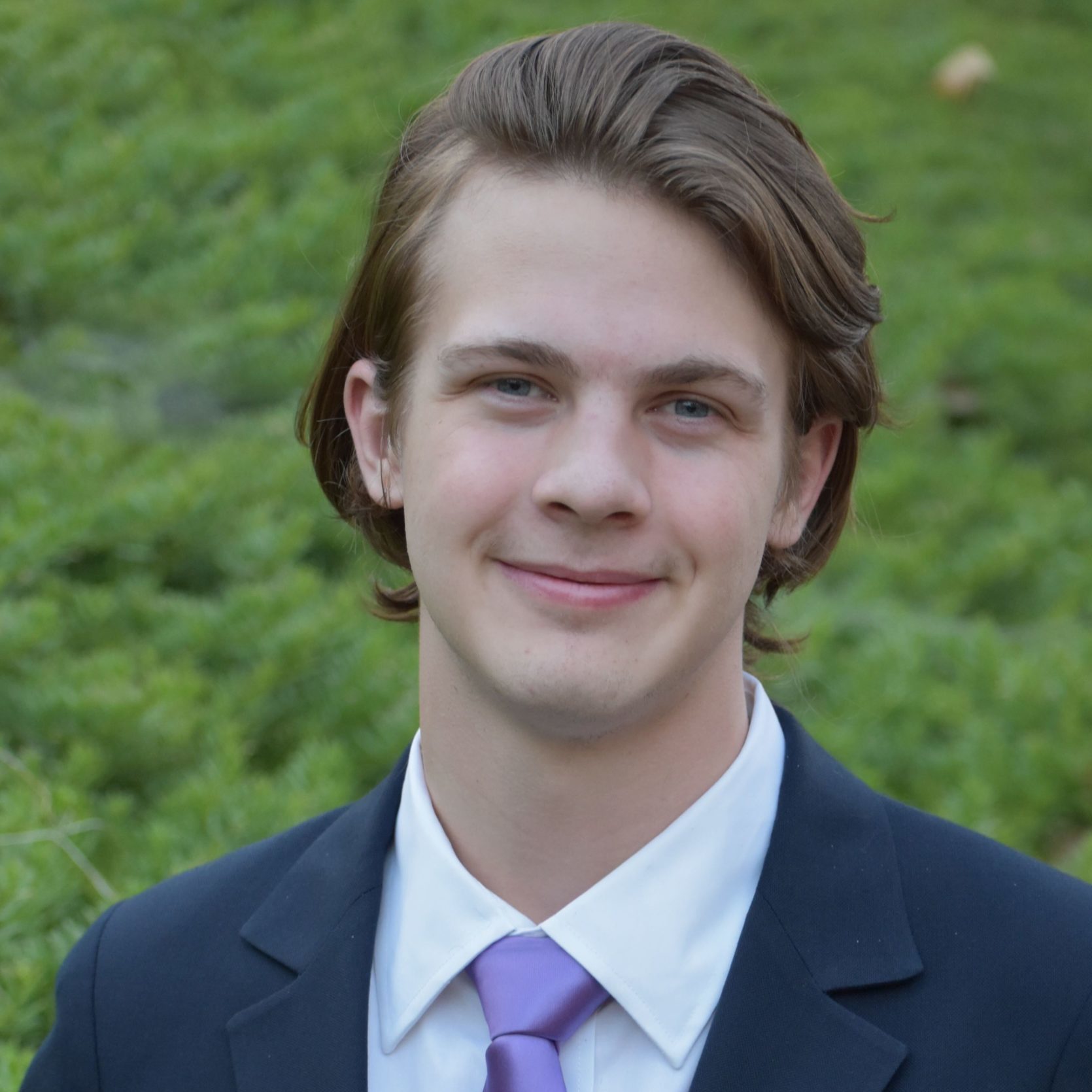 Jacob is a senior at Martin Luther King High School and can’t wait to serve as your California DECA Vice President of Leadership this year.

Jacob joined DECA his freshman year in an effort to follow his friends and found himself becoming rapidly enveloped into a community of leaders and change-makers dedicated to growing their skills, ambitions, and connections. Immediately after leaving his first chapter meeting, he knew there was something special about this organization that other clubs and organizations just didn’t exemplify. DECA has given him a place where he can truly be himself, and he is eternally grateful to the organization for the many ways it has positively impacted his life for the last 3 years.

Jacob has held a number of leadership positions within his chapter including serving as a member of the Civic Action Team and Commissioner of Socials. During his junior year, he became his chapter’s Vice President of Administration, which allowed him to promote and organize various chapter events and activities through chapter campaigns, the Chapter Awards Program, and more. He has competed in various different events during his time in DECA, staging at both District and State conferences multiple times and attending ICDC in 2019.

Outside of DECA, Jacob is also an active student, leader, and athlete. He has been a member of both his school’s tennis and track and field teams, a leader in his local Boy Scout troop for over 6 years, a two-time State Science Fair participant, and a lab intern at the University of California, Riverside. His hobbies include drawing, listening to music, and discussing cinema with friends.

Jacob would like to thank all the members, advisors, alumni, parents, and volunteers who have helped him over this four-year journey, and he would not be where he is today without them. He is looking forward to a truly life-changing year on the state officer team, and he hopes to be able to lead California DECA into a bright future. 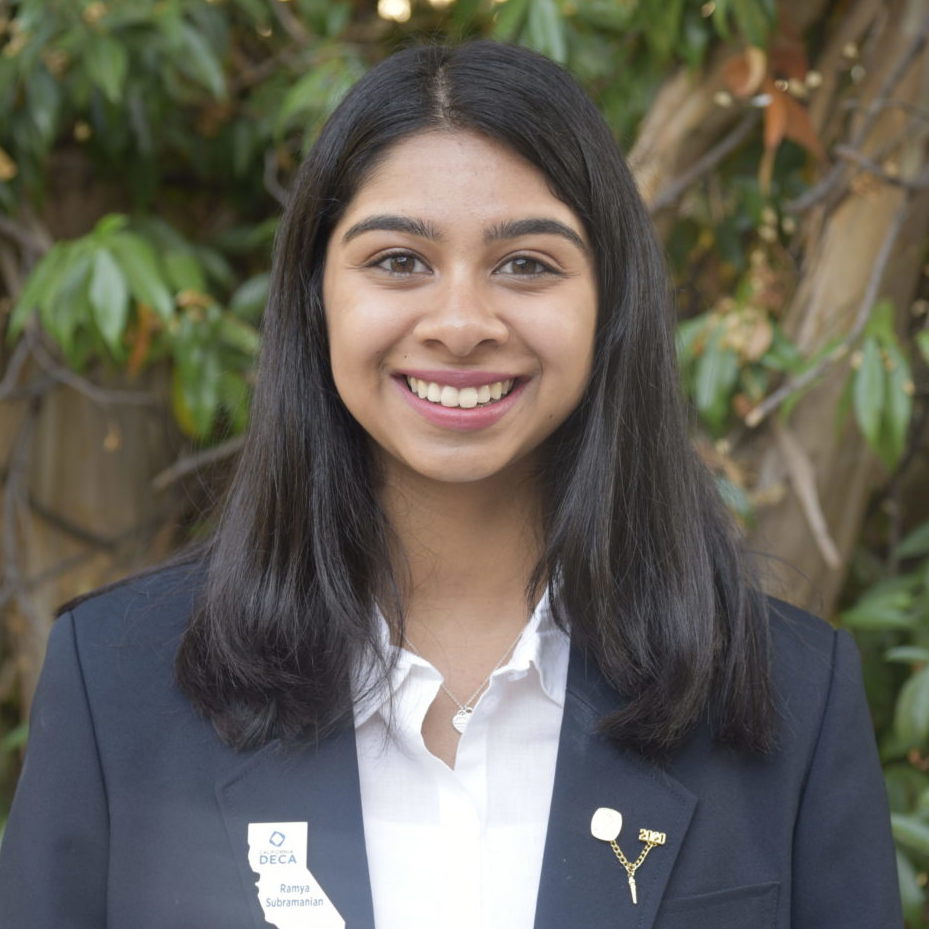 Ramya is a junior at Irvington High School and is thrilled to serve as your California DECA Vice President of Marketing this year.

Ramya joined DECA her freshman year, unaware of the amazing opportunities and community that DECA forges for all of its members. Immediately after her first experience at NorCal CDC, Ramya realized she had found her passion for business through DECA and understood the special connections, skills, and networking DECA provides for each and every individual. Through this, she decided she wanted to expand this role of leadership to give back to this supportive community of DECA members. She is eternally grateful for the connections she has built and all the memories DECA has given her in the past two years.

In her sophomore year, Ramya served as her chapter’s Director of TDM’s. This position allowed her to help new members as well as returning members of her chapter learn and experience the plethora of opportunities DECA provides for its members. These leadership positions allowed her to strengthen professional skills, mentor students in their DECA journey, and meet many people who have inspired her to develop her leadership skills.

Aside from DECA, Ramya loves to play badminton and the piano. Additionally, she loves to learn different forms of crafts, artwork, and tinker with jewelry. In her free time, she is passionate about mentoring kids in science Olympiad and robotics and taking pictures for her friends! She loves to creatively expand her knowledge whether it be learning a new trick on adobe or making paper mâché and is grateful DECA has helped her in all her other interests.

Ramya is extremely thankful for everyone who has helped her along this journey including her advisor, fellow officers, parents, and all of her chapter members. She is very grateful for this amazing opportunity and unwavering support she has been given with and is excited to create amazing things in the upcoming year. She truly looks forward to making great things happen and a year filled with unforgettable memories. 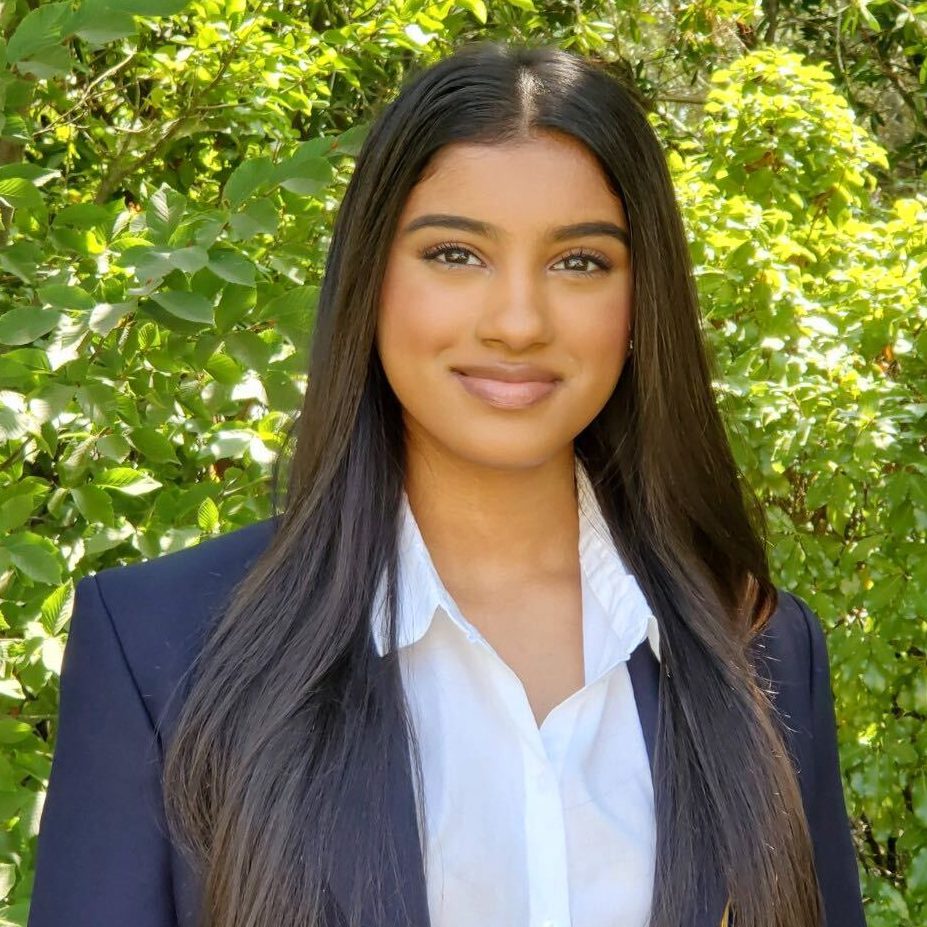 Adithi is a senior at Amador Valley High School and is excited to serve as your California DECA Vice President of Northern California this year.

Driven by her interest in business and encouragement from other DECA members at school, Adithi participated in MiniCons her freshman year, and joined DECA her sophomore year. After placing at ICDC her sophomore year, she realized that this organization had truly given her an immense amount of opportunities as well as an amazing support system. She decided that she wanted to expand the role she played within DECA to maintain the positive environment others had made for her. She is grateful for the experiences she has gained, the skills she has learned, and the relationships she has fostered with DECA members.

In her sophomore year, Adithi served as the Vice President of Career Development for the Northern California DECA District Action Team. She also served as the Director of Business Academy at Amador Valley; a club run by Amador Valley DECA to help guide students that are not in the CTE class. These leadership positions allowed her to strengthen her skills, meet amazing people, and get a better idea of how Northern California DECA can be improved in the coming year.

Outside of DECA, Adithi is the President of Amador Valley’s Competitive Computer Science Club, and enjoys spending hours on Netflix. She enjoys singing and is involved in Music For Change, a club at Amador that performs at local charities. The skills she has learned from DECA have allowed her to grow in her other interests as well, which is something she is very grateful for.

Adithi is thankful for everyone that has encouraged her achievements and growth within DECA, including her chapter, advisors, past officers, and every member she has met. She is extremely grateful for every opportunity she has been given and everyone that has supported her. Adithi is excited to work with California DECA and the State Officer team to make this year amazing. 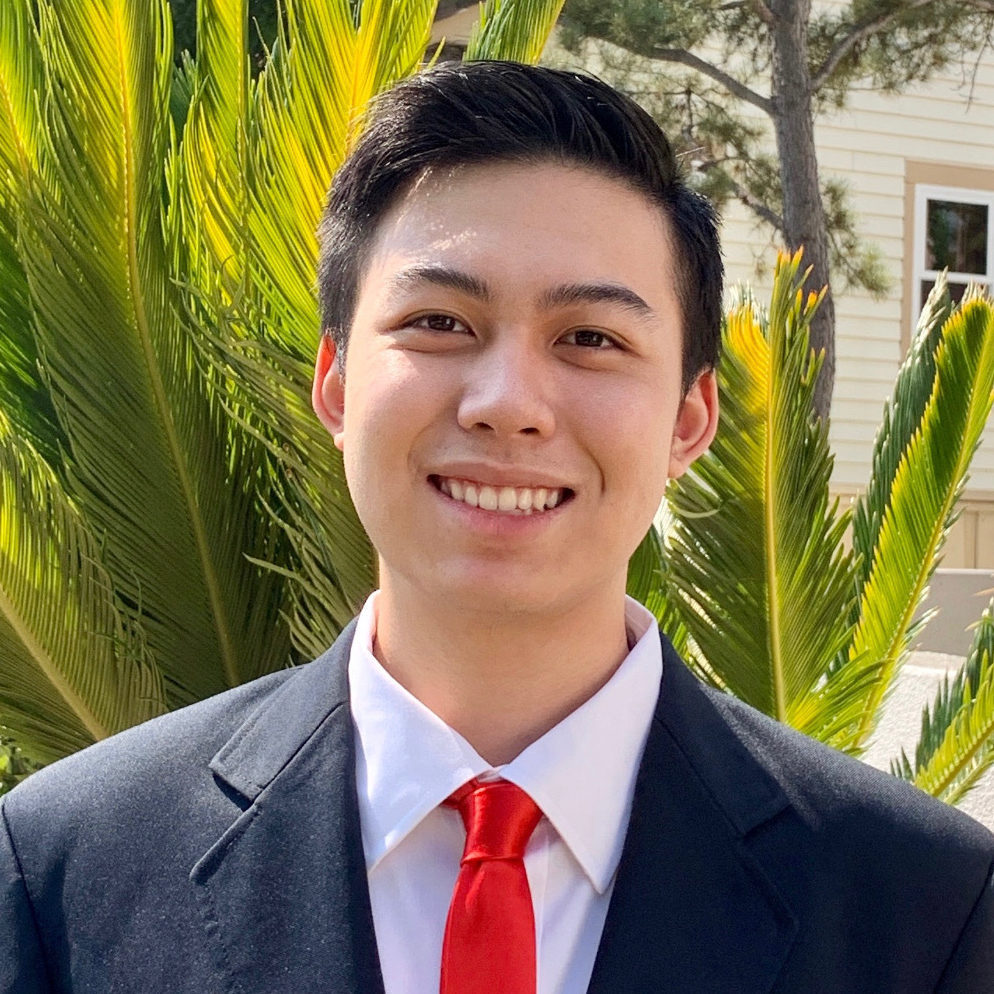 Tyler is a senior at Mission San Jose High School and is eager to serve as your California DECA Vice President of Silicon Valley this year.

After joining DECA with encouragement from former members his sophomore year, Tyler discovered a new passion for business in a collaborative community built on competition, networking, and mentorship. Through the workshops hosted by chapter officers, late nights grinding out written reports, and exhilarating experiences made alongside friends at conferences, he realized how this organization was more than just a typical club; it was a family that bestowed him with a plethora of incredible opportunities, lifelong connections, and more. After coming in second place for his financial literacy event at ICDC, he wanted to take his involvement in DECA to the next level and give back to the organization that has provided him with so much.

Tyler has also had the pleasure of serving as his chapter’s Vice President of Finance, gaining significant experience with managing conference budgets and organizing logistics. He has also been able to mentor first year DECA members, guiding them towards competitive success with their written and roleplay events.

Outside of DECA, Tyler is highly involved in various STEM activities, having previously conducted research projects in the biomedical engineering, cardiology, and drug discovery fields. He also loves music and has played the bassoon for various honor ensembles across the Bay Area. Other fond hobbies of his include taking power naps, binging Netflix shows, hiking with his dogs, and exploring new places with friends.

Tyler is extremely thankful to his chapter, advisors, fellow officers, alumni, and everyone else who has supported him throughout his DECA journey. He is grateful for all the exceptional opportunities that have been provided for him and is excited to make a difference in the organization he has grown to love. He is truly looking forward to working with California DECA and the State Officer team to make this a memorable year. 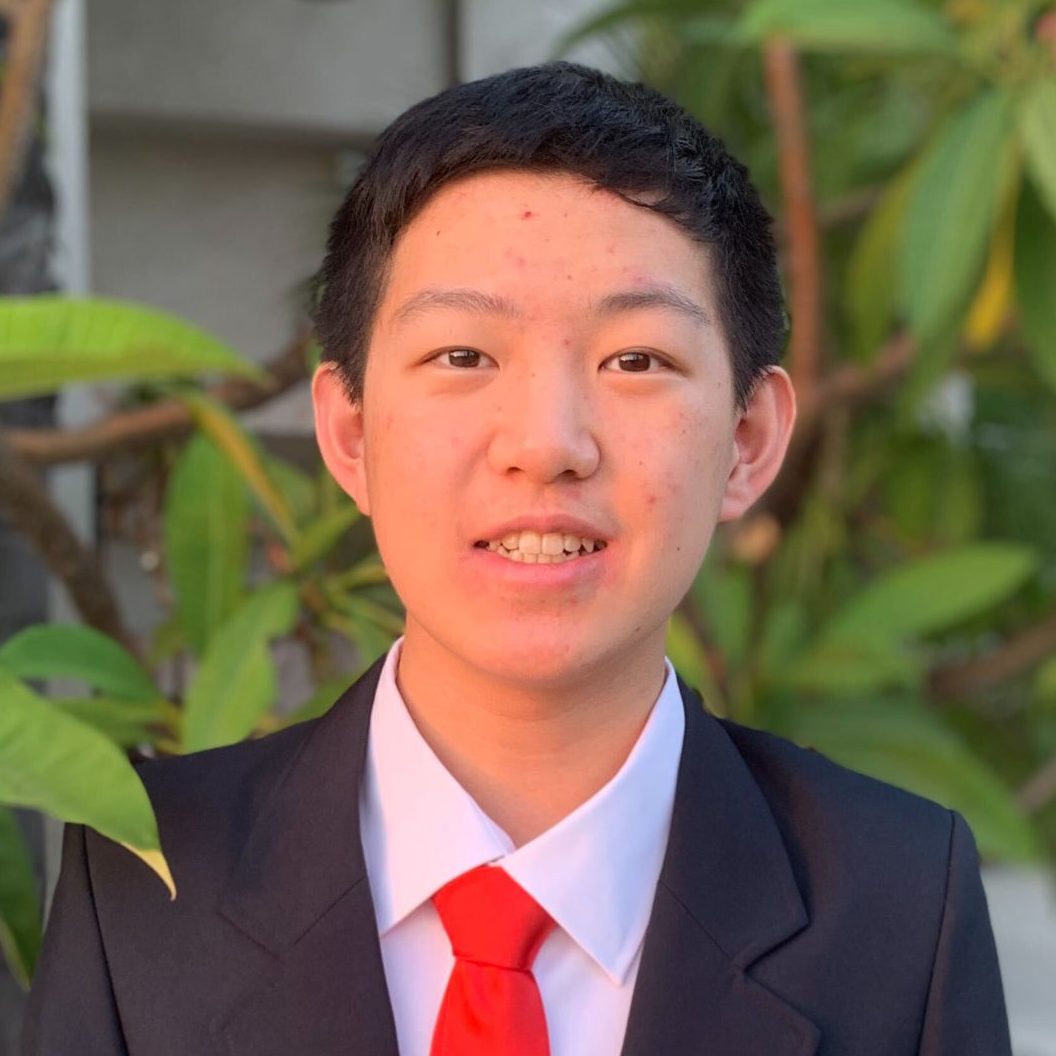 Gavin is a senior at Martin Luther King High School and is ecstatic to serve as your California DECA Vice President of Southern California this year.

Gavin joined DECA his freshman year and knew that this was the organization for him. His passion for DECA inspired him to become very involved in his local chapter, actively participating in every event, and serving as a leader.

At his local chapter, Gavin has served as the Commissioner of Fundraising and Vice President of Competition. He has been able to support his chapter through various efforts during office and plans to do the same for California DECA.

Outside of DECA, Gavin is involved in his school and likes spending time helping others and is part of several other clubs. He enjoys reading, digital entertainment, eating, and sleeping (a lot!). He has a soft spot for Disney and Nickelodeon sitcoms, fantasy novels, and other childhood relics. He loves eating Chinese food, especially the spicy kind. After his education, Gavin plans to join the medical field, and hopefully become a psychiatrist, although that may be subject to change, as he can be very indecisive.

Gavin is thankful for all the support he has received from his family, friends, chapter members, and advisors throughout his DECA journey. He is extremely excited to serve in state office and hopes to help lead a great year for California DECA.